Skip to content
HomeThe Next Dance Will Be A Ladies Choice …

If you’ve been following my posts, you’ve noticed my penchant for including photos embedded alongside the words. These photos generally relate to the subject. This time, I’m going to deviate a bit, because I’m afraid I might find an image that’s actually for a feminine product, and that’s way off subject.

Baby boomers in our town frequented the local YMCA. It was built in 1886 and was largely unchanged during the boomer years. There were two bowling alleys, with pins reset by kids, who would receive nominal compensation for their labor … perhaps a soft drink or maybe a dime. There were pool and Ping-Pong tables. There was a gymnasium and a swimming pool. Certain days were exclusively for girls and other days were exclusively for boys. On boys’ days, nude swimming was permitted. Girls were apparently more modest and had to wear bathing suits.  Could that have anything to do with the hit song? 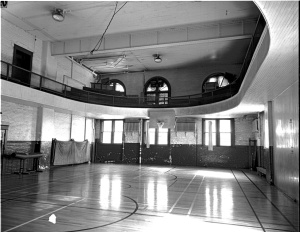 On Saturday nights, the Y had a dance. The dance went from 7:00 PM until 11:00 PM. You had to be eleven in order to stay after 9:00 PM. One of the employees, a very cool guy, named Joe, spun 45 records. The floor was generally segregated with the girls on one side and the boys on the other. A few boys and girls even hung out together, but they must have known something the rest of us didn’t.

During fast dances, the girls danced together, while the boys watched, punched each other on the shoulder or flatulated (I don’t mean to be gross, but it happened).

Every so often, Joe would say the magic words, “The next dance will be a ladies choice.” Almost nothing followed except for the music.

Fifty years later, during the class reunion that motivated me to write this book, a group of senior citizens spent a lot of time discussing why that happened.

The males (somehow it’s not right to call a 67+ year-old man a boy) said one of two things. Either they didn’t know how to dance or they lacked the confidence to ask.

The girls (an ageless term) had more complicated answers. “You could only ask someone that none of your friends had ‘dibs’ on.” They remembered a “mad exodus of boys.” They had a crush on a particular boy and feared rejection.

Why were the baby boom girls so complicated?

9 thoughts on “The Next Dance Will Be A Ladies Choice …”